The BeyHive was more than ecstatic when their favourite vocalist dropped off her RENAISSANCE album last year. In the months since that project’s arrival, it’s been in constant rotation for many as they prepare for the mother of three’s upcoming tour. She won’t be hitting the road quite yet. However, Beyoncé did take to the stage for the first time in years this past weekend for a stunning live performance in Dubai.

The Austin Powers actress was recently hired for an hour-long set in the United Arab Emirates. Her show at the Atlantis The Royal hotel evidently brought in upwards of $24 million. While that’s an undeniably major flex, it’s worth noting that those numbers have no official confirmation.

As TMZ reports, ahead of Saturday’s (January 21) show, several videos surfaced online revealing the zip-up bags patrons were expected to keep their phones in during the performance. This has consequently become common practice for many comedians who prefer to keep their material fresh for each audience.

The venue was sharing a live stream prior to the show as well. Some of the footage even previously captured the audio of Beyoncé’s rehearsals. However, it was promptly shut off when the Houston native made her grand entrance, in hopes of preserving the luxurious show’s privacy.

Even with all the security measures, attendees still managed to capture clips of the “Telephone” hitmaker singing. She gave a rousing cover of Etta James’ “At Last” before carrying out classics of her own like “XO” and “Brown Skin Girl.”

For the latter, Blue Ivy Carter surprisingly joined her mother on stage. The two are no strangers to putting on a show together, and husband/father Jay-Z was in attendance in a private box, showing his support with a bird’s-eye view of the magic unfolding below.

Aside from her beautiful voice, the internet has also been gushing over Queen B’s incredible yellow dress. As per usual, she looked worth every single penny she was paid for the concert.

Check out more videos from Beyoncé’s Dubai performance below. Afterward, tell us if you plan to attend her forthcoming RENAISSANCE tour in the comment section.

George Santos controversy: Here’s a look at investigations of the new House Republican 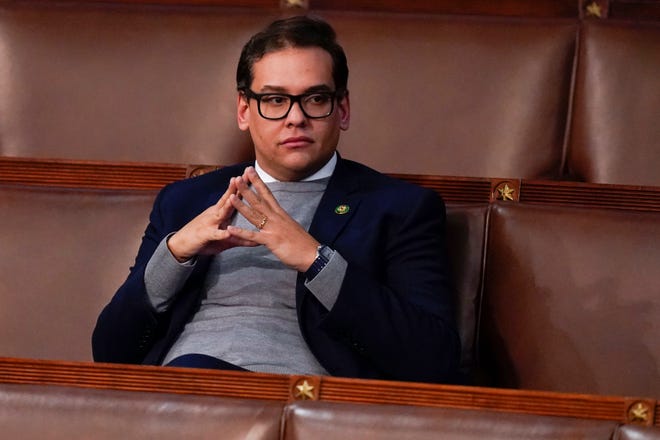