Elon Musk has reinstated Donald Trump’s Twitter account, after conducting a poll on the matter, Saturday. The former President has been banned from the platform since the January 6 attack on the Capitol in 2021.

“The people have spoken. Trump will be reinstated. Vox Populi, Vox Dei,” Musk tweeted, using a Latin phrase meaning “the voice of the people, the voice of God.”

The poll results ended with 51.8% of users voting in favor of reinstating Trump. While over 15 million people participated, Musk says over 134 million have seen the poll.

The former President reacted to the poll at the Republican Jewish Coalition conference in Las Vegas. He says that regardless of the result, he’ll be staying on his own platform, Truth Social.

“He did put up a poll and I hear it’s very overwhelming, very strong. But I have something called … it’s really fantastic: Truth Social,” Trump said. “And Truth Social is through the roof. It’s doing phenomenally well. … I think engagement is much better than it is with Twitter.”

Of rejoining the platform, he added: “I don’t see it because I don’t see any reason for it. They have a lot of problems at Twitter. You see what’s going on. It may make it, it may not make it, but the problems are incredible and the engagements are negative. But Truth Social has taken the place for a lot of people and I don’t see them going back onto Twitter.”

The reinstatement of Trump comes just days following his presidential campaign announcement for the 2024 election.

Check out Musk’s announcement below.

Future Says It’s “Easy” For Him To Make Melodic Songs 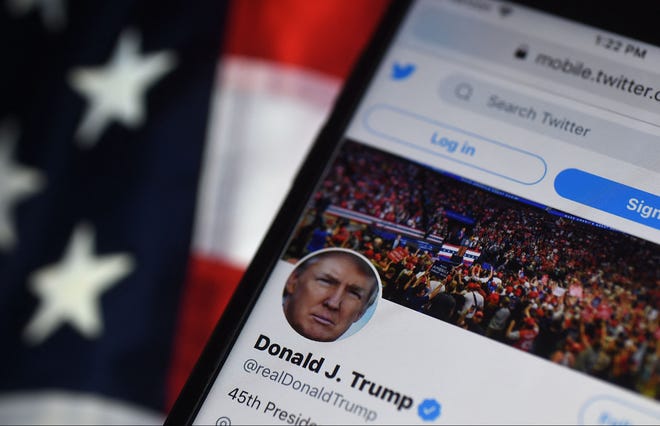