Following a guilty verdict in the Tory Lanez trial, social media flooded with conversations surrounding new evidence and recordings. While many have questioned the morality behind such an interest, the high-profile case became more important with each passing week. Furthermore, photos surfaced online of injuries of Megan Thee Stallion’s ex best friend, Kelsey Harris.

Moreover, the pictures show injuries on her legs and hands, plus patches of what seems to be pulled-out hair, allegedly from the night of the shooting. While it may seem uncomfortable, in the comments section, many welcomed the new evidence. “Show me every bit of evidence they have,” one user wrote. “I want to see it all ! Thankyaverymuch.”

However, some were less eager. “Who is feeding Niq this information?” another commenter posted, referring to the source of the pictures. “Or is it all public record?” Even with some users wanting to move on, there is clearly a lot left to discuss and take into account with this case.

Also, Harris played a pivotal role in Lanez’s guilty verdict according to reporters and court officials. A leaked apology call from the Canadian artist to Kelsey showed his acknowledgement of what went down.

“I would never do some s**t like that, bruh. It’s just that a n***a was so f**king drunk. I just didn’t even understand what the f**k was going on, bruh,” he said. “Regardless, that’s not gonna make anything right, and that’s not gonna make my actions right, bro. I’m just deeply sorry for that. I never even moved like that, bruh. Never moved like that at all, bruh. Like for real, for real, dawg.”

“I feel crazy, fam,” he continued. “What happened, happened already, bruh. I can’t take it back, bruh. I’m just telling y’all I’m sorry, bruh. I think we was just too drunk, bruh. When I got to the house, off-top n***as had gave me like five shots. Like off the door, you feel me? I was outta there.”

Still, what do you think of the new developments in the case of Megan Thee Stallion and Tory Lanez? Let us know in the comments down below. Also, as always, stay tuned to HNHH for the latest updates on this story.

What’s on tap for the first week of the new Congress? A new speaker, investigations and more 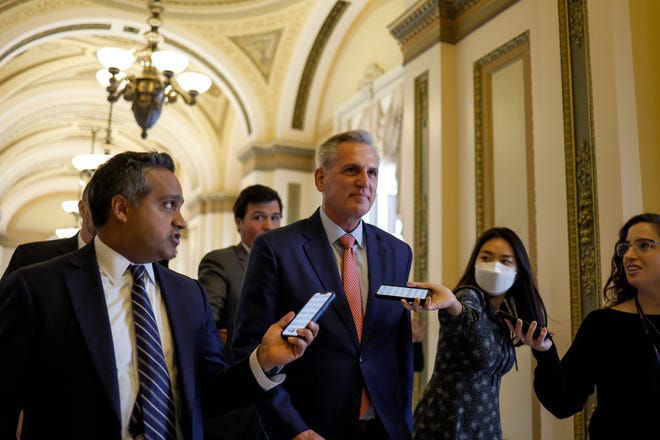