Kodak Black Blasts Fan For Recording Him: “You See What Happened To PNB”

PNB Rock’s untimely death modified the best way loads of artists are shifting these day. Following the Philly rapper’s passing, a number of stars have been adamant about not sharing their location or whereabouts on-line till they’ve left the realm. Nicki Minaj shared a message about posting locations after followers blamed PNB’s girlfriend’s social media posts as the rationale he was robbed and gunned down in Los Angeles.

Kodak Black echoed Nicki’s sentiments in his tribute publish to PNB. “That h** may as properly kill herself,” he wrote. Whereas he obtained a lot backlash from the insensitive assertion, the “No Flockin'” rapper is concerned for his safety much more now than he was earlier than. Throughout an Instagram Stay session on Tuesday (September 20), Kodak went off on a fan who got here as much as his automobile and tried to document him inside. “Test it out man, do not document me,” he stated within the clip. “You on dwell, however you simply put the telephone to my automobile do not do this.”

The fan denied filming Kodak, however the Florida rapper proceeded to name him out, “You mendacity to me. Come on man, you do not see that sh** that occurred to PNB Rock, homie? So why you recording me. God forbid some loopy sh**, then what.” The extraordinary change comes on the heels of PNB Rock’s household revealed that they have been having trouble retrieving the slain rapper’s physique.

“The state of Los Angeles claiming they’ve some kind of legislation, going towards our as Muslims,” Rock’s brother PNB Meen posted. “Now I’ve no clue when his Janazah. It’s not proper, yo. It’s goin on per week. Prayers up. I received you bro an ya daughters.” In line with LAPD, the “Egocentric” rapper’s physique was able to be launched to the household as of Friday (September 16). Regulation enforcement additionally added that the late rapper’s girlfriend is reportedly cooperating police and shouldn’t be blamed. Yella Beezy Gets Into Screaming Match With Fan: “I’m Like That” 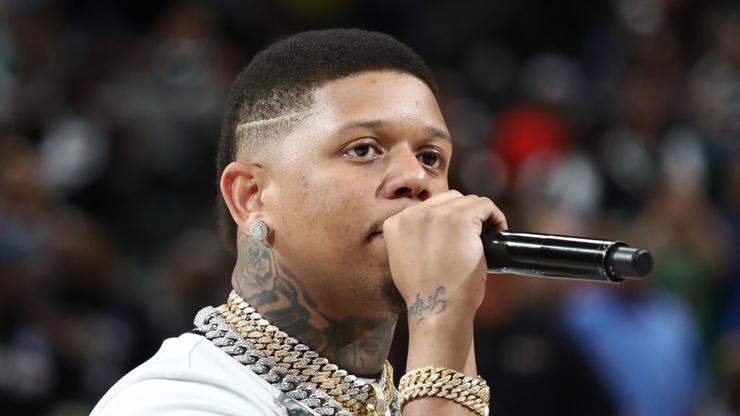