Mall Of America Shooting Causes Lockdown, Results In One Death

A gunman opened fire at the Mall of America in Bloomington, Minnesota last afternoon (December 23rd). Authorities quickly locked the shopping center down and maintained it closed for the night after they lifted the lockdown. The perpetrator of tragic shooting took the life of an unidentified 19-year-old. Police reported no further casualites. Also, the identity of the perpetrator is unknown as well.

Bloomington Police responded at around 8:17 p.m. to reported shots fired. Some social media clips display people hiding in stores, with rumors suggesting that the shooter was near Nordstroms. Reportedly, two groups of men had an altercation and fired bullets, several of which fatally struck a young male. Mall of America security and the Bloomington Police Department released a joint statement on the incident:

“Just before 8 p.m. this evening, Bloomington Police Department responded to a shooting contained in a tenant space.” They locked the shopping center down and, once lifted, kept the mall closed for the evening.

This is the second shooting and lockdown of this year at the shopping center following August’s incident outside a Nike store. Moreover, back in October, the mall installed new metal detectors after a New Year’s Eve incident left two people injured from gunshot wounds.

Meanwhile, TMZ reported that several members of the New York Giants were present at the time of the shooting. Furthermore, they will play the Minnesota Vikings later tonight (December 24th). All members are safe, according to Giants PR representative Pat Hanlon.

“Everyone is back in the hotel and accounted for now,” he told AP.

However, the number and identity of said players is unknown. Longtime Giants radio announcer Bob Papa was also present at the shooting, and shared updates with followers via Twitter. Authorities and media figures have revealed no further information at the moment. Still, it’s likely that more reactions and explanations will come forth in the near future as community members cope.

“Scary here @mallofamerica,” he tweeted. “Shooting in mall. On lockdown at #TwinCitiesGrill. Two gunmen at least one victim.” After, he added “Safely out of mall and back at hotel. Prayers to victim.”

Although most shoppers were able to escape unharmed, such a tragedy is a painful development during the holiday season. It’s just a few days before many celebrations of joy and togetherness. Still, this is a developing story, and one that has unfortunately become far too common in the news cycle. Stay tuned to HNHH for the latest updates, and stay safe with your loved ones this holiday season. 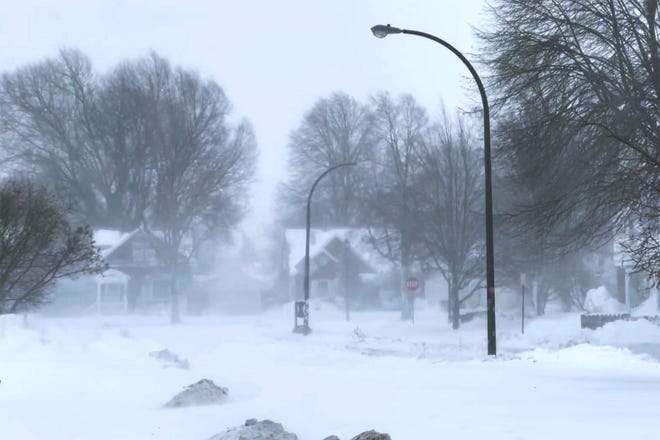