Chuck D recently opened up in a sit-down about his career to date and got on the topic of performing in the United Kingdom. In 1987, the “Don’t Believe The Hype” rappers famously rocked the stage at London’s Hammersmith Apollo and were met with a large group of fans.

The Public Enemy rapper then revealed that bringing rap and hip-hop to the UK was “our British invasion,” comparing it with the popularity of bands like The Beatles and the Rolling Stones in America during the 1960s.

In an interview with The Guardian this past week, the New York native said about performing overseas, “The UK was somewhere we relished because we knew words would be written about us, what we thought and where we had come from.”

On helping to bring fresh hip-hop sounds to another part of the world, the 62-year-old continued, “When we came to the UK, we paid our dues, but it was a two-way street. We wanted to stake the UK because we knew it was different from the US as far as freedom went. The English language had taken over the world, so we thought: why not plug hip-hop into it? The British had beaten the English language into so many cultures; bringing rap music back to the UK was our British invasion.”

Public Enemy quickly became pioneers in early rap history after forming in the early 1980s. Along with members Flavor Flav and Hank Shocklee, Chuck D climbed the charts with hits like “Fight The Power” and “Harder Than You Think.”

They tackled important topics like police brutality, racism, and politics throughout their music, earning them a dedicated following and several Grammy nominations.

Chuck D also told the Guardian his views on why newer artists don’t often cover similar topics, saying, “We had the blessing of right age, right place, right time. I was the right person with the right thing going on: Black music in New York. But it’s one thing to have coincidence and happenstance; you’ve also got to make it work.”

What is your favorite Public Enemy song? Let us know by sounding off below in the comments.

Pelé, Brazilian soccer player, and the greatest to play the game, dies at 82 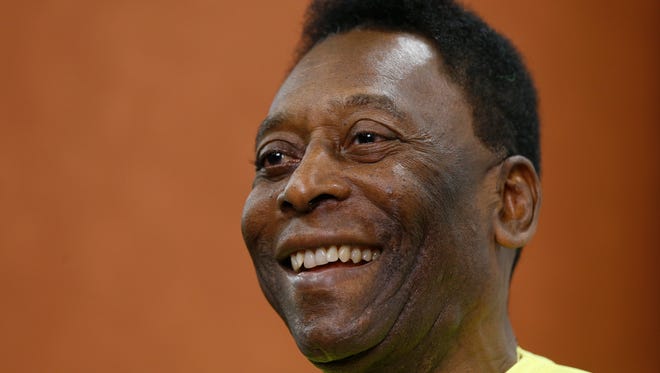