Since SZA dropped her highly-anticipated album SOS last month, the Grammy-winning singer has continued to see it reach new heights.

Earlier this week, Billboard reported that the new album was number one on the Billboard 200 chart for the third week in a row, making it clear that fans are still loving the 23-track project.

Songs like “Kill Bill,” “Smoking on my Ex Pack,” and “Ghost in the Machine” were a few clear standouts on SOS. Last week, SZA’s label Top Dawg Entertainment dropped a music video teaser for “Kill Bill,” showing the St. Louis native on a motorcycle and swinging a sword in the Quentin Tarantino-themed visual.

On ideas that she has to offer fans on the tour, which kicks off in February, the “Supermodel” singer told Rolling Stone, “I just wanna give them the craziest experience they could ever have and play whatever they want. Whether it’s unreleased songs that they thought they heard on the internet, or their favorite album cuts or f**king deep cuts from 2012, I don’t care. I just wanna give them what they deserve and make it beautiful.”

“That’s my biggest goal, and I’m really excited and there’s nothing I enjoy more than being on stage and performing,” SZA continued. “It’s way different than this whole like, putting out shit on streaming and then watching people yell about it on Twitter. It’s way more human and it really makes it all worthwhile.”

According to Chart Data on Twitter, SOS is also currently number one on the US iTunes chart.

What has been your favorite song from the album? Let us know your pick in the comments below.

Live updates: Republicans regroup to elect a speaker of the House. Will Kevin McCarthy prevail? 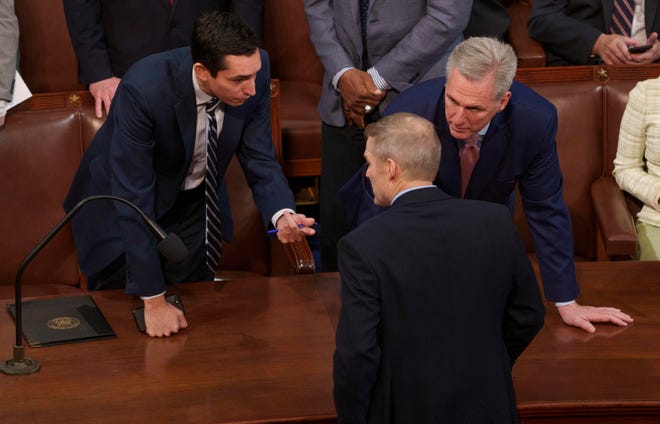