The Golden Globes were loopier than ever in their first televised ceremony in two years.

The famously unbuttoned awards had no shortage of memorable moments Tuesday night, from Eddie Murphy comically invoking Will Smith’s Oscar flap to Regina Hall cracking up over Kevin Costner’s no-show. Host Jerrod Carmichael took the Hollywood Foreign Press Association to task for its diversity controversy in his cutting monologue, while Steven Spielberg’s “The Fabelmans” and Martin McDonagh’s “The Banshees of Inisherin” walked away with the top film prizes for best drama and comedy, respectively.

Here are other major moments you might have missed from the 2023 show:

Jerrod Carmichael was undoubtedly the most unfiltered Globes host since Ricky Gervais, taking jabs at everything from Will Smith’s infamous Oscar slap to Ye’s anti-Semitic remarks. Carmichael began by shouting out “The Fabelmans” director Steven Spielberg, who is Jewish.

“Congrats on ‘The Fabelmans.’ I actually saw it with Kanye and it changed everything for him,” Carmichael said to huge laughter. “That’s how good you are: You changed Kanye West’s mind.”

But not every joke went over well with audience members at home and in the room. Carmichael was roundly criticized on Twitter for referring to the Beverly Hilton, where the show was held, as “the hotel that killed Whitney Houston.” His punchline about Shelly Miscavige, the high-profile Scientology member who purportedly hasn’t been seen for years, also was met with gasps from the crowd.

“Hey, guys, backstage I found these,” Carmichael said. “(They’re the) three Golden Globe awards that Tom Cruise returned” to protest the show’s lack of diversity. “I’m just a host, but I have a pitch: Maybe we take these three things and exchange them for the safe return of Shelly Miscavige?”

Jennifer Coolidge gave the night’s funniest speech with her best supporting actress win for HBO series “The White Lotus,” which wrapped its much talked-about Season 2 last month. Although much of her speech was bleeped out, Coolidge still managed to deliver a hilarious and heartfelt ode to the people who gave her opportunities early in her career, including Ryan Murphy and Reese Witherspoon.

“I had such big dreams and expectations as a younger (actor), but what happened is they get sort of fizzled by life,” Coolidge said, adding that “White Lotus” creator Mike White gave her “hope” with the role of Tanya.

“You changed my life in a million different ways,” Coolidge said. “My neighbors are speaking to me. … I was never invited to one party on the hill and now everyone’s inviting me.”

Screen legend Michelle Yeoh earned her long overdue first Globe for best comedy actress for “Everything Everywhere All at Once.” The Malaysian actress took her time at the podium to reflect on her 40-year career and coming to the U.S. to try and make it in Hollywood.

“It was a dream come true until I got here. Because look at this face,” Yeoh said. “Someone said to me, ‘You speak English?’ … And then I said, ‘Yeah, the flight here was about 13 hours long, so I learned.’ ”

Yeoh, 60, went on to speak about the shrinking opportunities available to women as they age, and how her multifaceted character in “Everything Everywhere” was “the best gift.” She also earned huge laughs from the audience when the Globes’ in-house pianist attempted to play her off stage.

“Shut up, please,” Yeoh said, before laughing. “I can beat you up, OK? And that’s serious.”

Plenty of top-shelf talent skipped Tuesday’s ceremony, including nominees Lady Gaga, Olivia Colman and Brendan Fraser. Throughout the night, presenters attempted to explain why some winners were MIA: Cate Blanchett and Zendaya, for instance, were busy working, while Kevin Costner was sheltering in place due to heavy rain and flooding in Southern California.

But the zaniest excuse of the night belonged to  to Amanda Seyfried, who won the Globe for best limited series actress for Hulu’s Elizabeth Holmes drama “The Dropout.”

“Amanda Seyfried is deep in the process of creating a musical and could not be here,” explained “Yellowstone” stars Cole Hauser and Mo Brings Plenty, accepting the trophy on Seyfried’s behalf.

Seyfried’s name started trending on Twitter almost immediately after, as users joked about the actress’ top-secret musical project. “Whatever musical Amanda Seyfried is working on better be Mamma Mia 3,” journalist Brittany Spanos tweeted, while writer/podcaster Cody Dericks wrote that it must be “a new musical based on M3GAN.”

Gone are the days of nominees scribbling speeches on napkins in the off chance they might win later. Some of this year’s Globes winners came prepared with notes written on their smartphones: “Who’s texting me?” Angela Bassett said as she walked onstage, pulling out her phone to accept best supporting actress for “Black Panther: Wakanda Forever.”

“Abbott Elementary” star Quinta Brunson similarly flashed her phone to the crowd as she read her speech for best actress in a comedy series.

“Oh, my God, my family is texting me right now,” Brunson said with a smile, before giving a shoutout to “my group text, The Butts.”

After an emotional speech at the New York Film Critics Circle Awards last week, Ke Huy Quan delivered another sweet onstage moment at the Globes Sunday as he accepted best supporting actor for “Everything Everywhere All at Once.”

The former child actor started by thanking director Steven Spielberg, who gave him his breakout role in 1984’s “Indiana Jones and the Temple of Doom.”

“I was raised to never forget where I came from and to always remember who gave me my first opportunity,” Quan said. “I am so happy to see Steven Spielberg here tonight. Steven, thank you!”

Quan also choked up as he reflected on the decades he struggled to find acting work as an adult, before directors Daniel Kwan and Daniel Scheinert cast him in “Everything Everywhere.”

“For so many years, I was afraid I had nothing more to offer; that no matter what I did, I would never surpass what I’d achieved as a kid,” Quan said through tears. “Thankfully, more than 30 years later, two guys thought of me. … They remembered that kid and they gave me an opportunity to try again.” 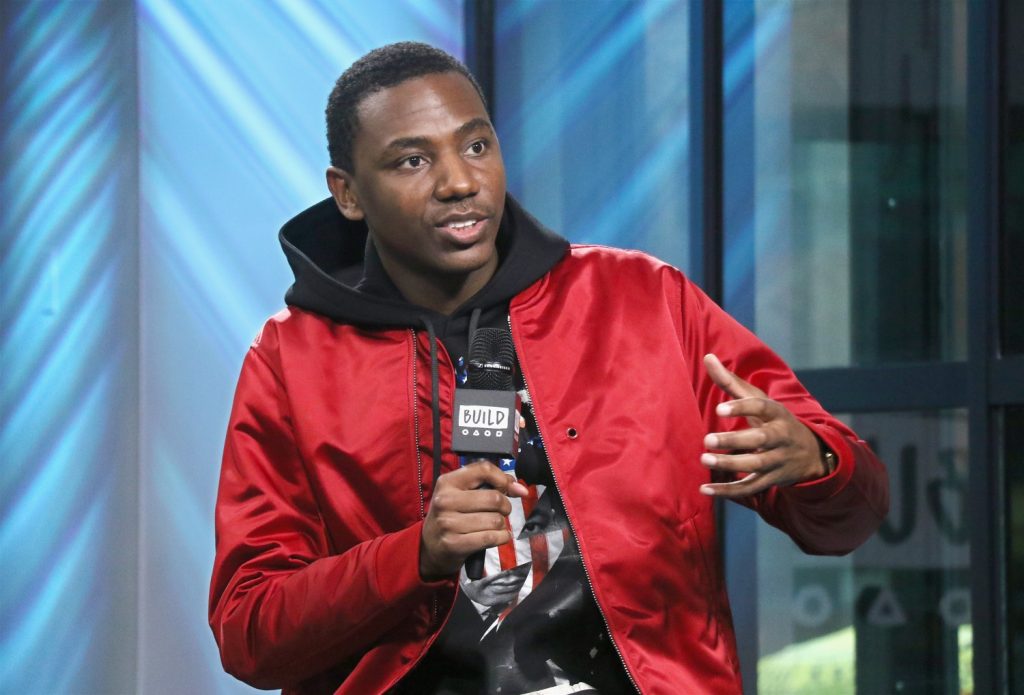