A verdict has finally been reached in the Tory Lanez trial, and the internet has lit up. After two weeks of controversial testimony, a jury has found Lanez guilty of all charges: assault with a semi-automatic firearm (personal use of a firearm); carrying a loaded, unregistered firearm in a vehicle; and discharging a firearm with gross negligence.

In one of the most talked about Hip Hop trials in recent years, Megan Thee Stallion and Lanez have divided the culture. He claimed Megan’s former friend Kelsey Harris pulled the trigger, while Harris denied being the person responsible. The defense hoped to cast enough reasonable doubt in an effort to obtain a not-guilty verdict.

“A jury has convicted Tory Lanez of all three charges for the 2020 shooting of Megan Thee Stallion,” stated reporter Meghann Cunniff. “A crazy and downright scary scene in the courtroom as his father and stepmother screamed about wicked injustice.”

Aside from the verdict, Megan’s missing bodyguard was also a hot topic today (December 23). Justin Edison was called to testify in the trial last Friday, but he went missing. Today, he surrendered to the authorities, and it is speculated that the pressure from the trial caused him to retreat.

During the trial, Megan testified that she saw Lanez shoot her.

“He was holding the gun pointing at me,” she said, also declaring that Lanez told her, “Dance b*tch,” as he fired the gun.

“I wasn’t really sure if this was happening,” Megan testified. Continuing, “I looked at the ground and saw the blood … everyone was shocked.”

Expect to hear more about what occurred in the courtroom, as well as Lanez’s sentencing. In an interview with DJ Akademiks, Lanez stated he faced 24 years if convicted. 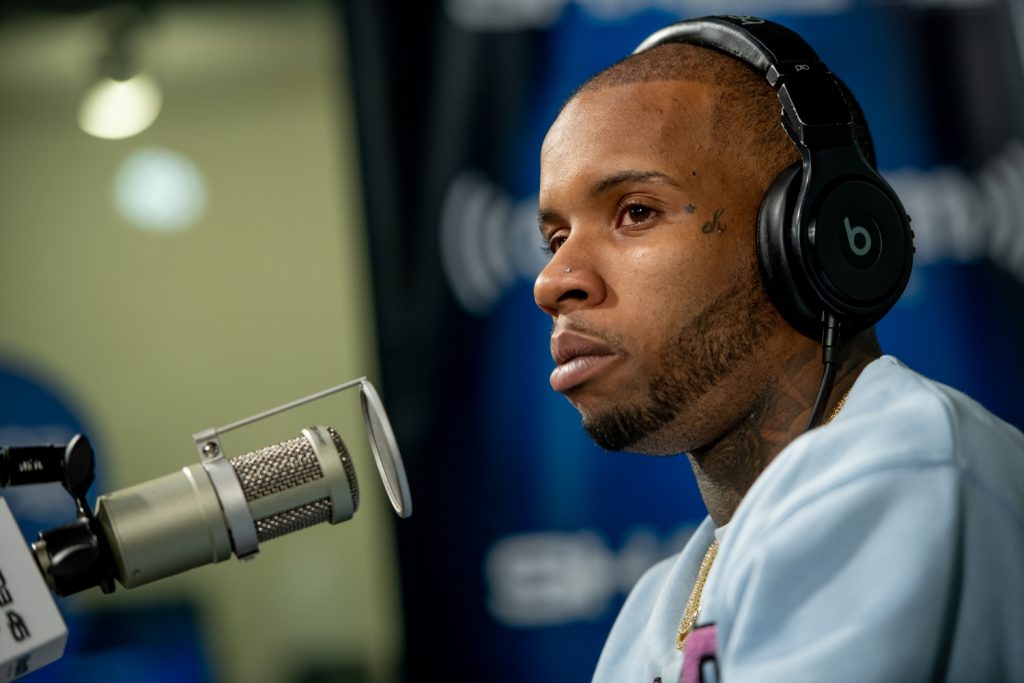