MONTEREY PARK, Calif. – At least 10 people were killed and 10 others wounded in a shooting rampage at a dance club after a Lunar New Year celebration, authorities said Sunday.

The Los Angeles County Sheriff’s Department said the shooting at Star Ballroom Dance Studio in Monterey Park was reported at 10:22 p.m. Saturday. The gunman remained at-large Sunday, a helicopter sweeping over the area.

“Our very preliminary description has been described as a male Asian” between the ages of 30 and 50, Los Angeles County Sheriff Robert Luna said. He said five men and five women were killed.

Monterey Park is a city of 60,000 people about 10 miles east of downtown Los Angeles. The shooting took place shortly after a Lunar New Year celebration brought thousands of people to the city, which has a predominantly Asian population.

Luna said investigators were probing whether an attempted shooting 20 minutes later at a ballroom in Alhambra, a few miles north of Monterey Park, was connected. Patrons wrestled a gun, which was not an assault rifle, from a suspect who fled in a van, he said.

“We believe that there’s an incident that may be related,” Luna said of the Alhambra incident. “It’s definitely on our radar screen.”

The shooting was the nation’s deadliest since 24 people were killed in a Texas school in May.

►California Gov. Gavin Newsom tweeted that he was monitoring the shooting investigation. “Monterey Park should have had a night of joyful celebration of the Lunar New Year. Instead, they were the victims of a horrific and heartless act of gun violence.”

►Meyer said Sunday that the shooter was male but provided no description or motive for the carnage.

►Monterey Park Police Chief Scott Wiese said the second day of the two-day Lunar New Year celebration set for Sunday has been canceled “out of an abundance of caution and reverence for the victims.”

Was the shooting a hate crime?

Luna said later that officials expect to release a better description of the shooter in the next several hours. “We’ve gotten different descriptions of one suspect,” he said. “Please be patient with us.”

Luna described the case as “one of the county’s most heinous cases.” He was asked whether the case was a hate crime.

“We don’t know if this is specifically a hate crime defined by law, but who walks into a dance hall and guns down 20 people?” Luna said. “The description we have now is of a male Asian. Does that matter? I don’t know. I can tell you everything is on the table.”

Neighbor: ‘People are going to be more cautious’

Ben Wang, a 39-year-old Monterey Park resident who lives near where the shooting took place, said his wife told him what happened Sunday morning and planned to go to the nearby Lunar New Year festival before it was canceled by city officials. He added the area is a quiet, tight knit community.

“The reason we moved here, because it’s so close to authentic Asian food … it’s a very small, little community feel,” Wang told USA TODAY. “It’s one of the Asian cultural epicenters. People travel from all over Southern California to be around here.”

Wang said the shooting is the biggest tragedy to happen in the area since moving here in 2021, and will have ripple effects on the community given it happened near Lunar New Year celebrations.

“It’s going to contribute to the sense of anti-Asian-like fear. Even if it’s proven not to (be a hate crime), people are just going to become more cautious,” he said. “That’s unfortunate. This is the biggest cultural celebration for a lot of people.”

Monterey Park city officials issued a statement of condolences for the victims and distanced the tragedy from the festival.

“Even though the incident did not occur at the 2023 Lunar New Year Festival, an active investigation is currently underway and the area near and around the festival is affected,” the statement said. “As a precaution and for the safety of everyone, the City regrets to announce the cancellation of the second day of the festival” scheduled for Sunday.

Later, Biden tweeted that “Jill and I are praying for those killed and injured in last night’s deadly mass shooting in Monterey Park. I’m monitoring this situation closely as it develops, and urge the community to follow guidance from local officials and law enforcement in the hours ahead.”

Meyer said investigators were checking reports that an attempted shooting at a ballroom in Alhambra, a couple miles north of Monterey Park, might be related. Investigators were on the scene, he said. No injuries were immediately reported. Alhambra Mayor Sasha Renée Pérez tweeted condolences for victims in the neighboring city.

“To have this tragedy occur on Lunar New Year weekend, makes this especially painful. Monterey Park is home to one of the largest (Asian-American Pacific Islander) communities in the country,” she said. “This is a time when residents should be celebrating with family, friends and loved ones – not fearing gun violence.”

Lunar New Year celebration was back after hiatus

Hours before the shooting, Monterey Park Mayor Henry Lo posted a brief video clip from the opening ceremonies at the festival, which he said had returned after a three year absence. The clips shows hundreds of people gathered in and under a tent in sunshine as people dance in brightly colored animal costumes.

“Monterey Park’s Lunar New Year Festival is back!,” Lo wrote. “It was great to see such a large turnout today at the opening ceremony. This is a two day event that ends tomorrow night in the evening. Come on over … welcome the Year of the Rabbit!”

The club’s website says the owner, Maria Liang, bought it in 2013 “due to her passion for dancing.” The website describes the club as one of the most popular professional ballroom studios in Southern California. Liang graduated from college in China and worked for Nike among other companies. She came to the U.S. in 1987 to study business at Cal State University, Los Angeles. Liang’s past professions included working at East West Bank, described as America’s most popular banking institution for the Chinese-American community.

“It is devastating to live in a country where we have to continually wake up to this horrific news. It is even more egregious that it has become normal for people to be gunned down in the middle of a joyous holiday celebration,” the statement said. “There is no place in our country for hate-filled individuals to target others based on prejudice, bigotry and racism. Our deepest sympathies are with the families and individuals impacted by this senseless attack on the Chinese community.”

Meyer said the county homicide bureau was working the case along with Monterey Park Police, the FBI and the California Office of Emergency Services. He said it was too early in the investigation to determine a motive.

“The investigators are working every lead in this case,” Meyer said. “We have all our resources here. … We are reviewing all surveillance video, following all leads. We’re not going to leave anything unturned.”

Some wounded are in critical condition

Meyer said officers responded to a call of shots fired at around 10:30 pm local time.

“When officers arrived on scene they observed numerous individuals, patrons of the location, pouring out of the location screaming,” Meyer said. He said officers immediately entered the building. The wounded were taken to hospitals where their conditions range from stable to critical, Meyer said.

Video from the scene shows ambulances lined up awaiting people being loaded onto stretchers. Other photos showed bloodied and bandaged victims being treated by firefighters in a parking lot.

“The suspect fled the scene and remains outstanding,” Meyer said.

Where is Monterey Park?

The site of the shooting in downtown Monterey Park is a few blocks from City Hall on the city’s main thoroughfare. Garvey Avenue is dotted with strip malls full of small businesses with signs in both English and Chinese. Cantonese and Mandarin are both widely spoken, Chinese holidays are celebrated, and Chinese films are screened in the city.

Wong Wei, who lives nearby, told the Los Angeles Times that a friend had gone to the dance club that night with a group of friends. His friend was in the bathroom when the shooting started, Wei said. His friend came out and saw a gunman and the bodies of two women and a club manager, Wei said. The group of friends fled to Wei’s home, he said.

The shooter appeared to fire indiscriminately, his friends told him.

“They don’t know why, so they run,” he told the Times.

Fifth US mass killing this month, deadliest since May

The tragedy marked the fifth mass killing in the U.S. since the start of the year. It is also the deadliest since May 24 when 21 people were killed in a school in Uvalde, Texas, according to The Associated Press/USA TODAY database on mass killings in the U.S. The database also shows that 2022 was also one of the worst years ever in terms of mass killings: 42 such attacks – the second-highest number since the creation of the tracker in 2006. The database defines a mass killing as four people killed not including the perpetrator.

The latest violence comes two months after five people were killed at a Colorado Springs nightclub.

MASS KILLING DATABASE:Revealing trends, details and anguish of every US event since 2006

What is Lunar New Year?

Lunar New Year, sometimes called Chinese New Year, is celebrated in several Asian countries, including China, Vietnam, North Korea, South Korea, Singapore and Malaysia. Some traditions are shared, others are specific to those nations. It marks the beginning of the Lunar calendar year, and months are moon cycles.

This year the lunar year begat Sunday, kicking off the Year of the Rabbit (except Vietnam swaps a cat for the rabbit). Twelve animals take turns claiming the year on a rotating basis. Legend says the animals crossed a dangerous river in the following order: rat, ox, tiger, rabbit, dragon, snake, horse, goat, monkey, rooster, dog and pig.

Spitty Drops Charismatic New Single, “Not For Me” 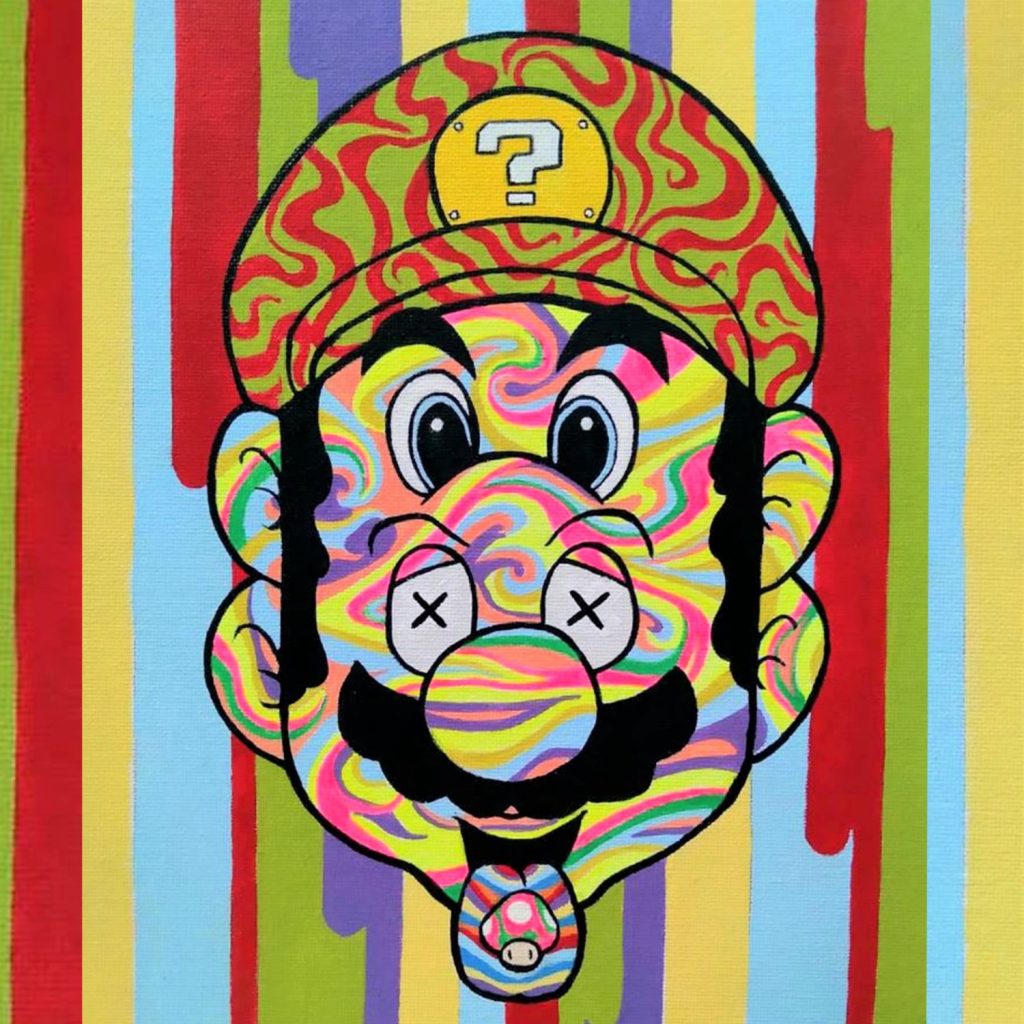