A blast of arctic air advanced over much of the U.S. on Thursday, triggering dramatic temperature drops and blizzard conditions as the National Weather Service in Buffalo described the holiday storm as a “once-in-a-generation” event.

Authorities have confirmed at least three deaths as a result of the storm.

States including Wyoming, Colorado and Montana recorded significant temperature plunges and more than a dozen others had readings below zero Thursday.

More than half of U.S. states were forecast to see some areas with minimum wind chill temperatures in the negative double digits in coming days, and the coldest regions were bracing for wind chills below minus 50 degrees, according to the National Weather Service. There will be “dangerously cold conditions across most of the country this week,” the weather service said.

High winds combined with even moderate amounts of snow could cause blizzard conditions in parts of the Midwest, Great Lakes and Northeast.

Forecasters warn the weather could snarl busy holiday travel and knock out power.

TEMPTED TO JOKE ABOUT GLOBAL WARMING AND THE COLD? Here’s what experts say about that.

WILL YOU HAVE A WHITE CHRISTMAS THIS YEAR? Here’s where snow is forecast for the holiday

“Ice came through first, which is always a major factor, and then snow,” she said. “The temperatures are subzero, so it’s really cold.”

Freezing winter weather comes with a slew of health hazards that doctors want people to be aware of, including hypothermia and frostbite.

Hypothermia happens when the body loses heat faster than it can be produced, causing the body to use up energy and drop in temperature.

Dr. Deborah Diercks, the emergency department chair at UT Southwestern Medical Center, said symptoms of hypothermia include lethargy, confusion and ultimately unconsciousness or a comatose state. She said cardiac arrest in a hypothermic state is a life-threatening risk.

Hypothermia deaths are usually not seen in people who shelter inside, unless access to electricity and heat indoors is an issue, Diercks said. They more often occur when someone has fallen outside and become unconscious, been under the influence of alcohol outside or doesn’t have access to shelter.

“Unfortunately, every year we do see some deaths,” she said.

If you notice signs of hypothermia in yourself or in someone else, she said, get them inside shelter, out of the wind, remove their wet clothing and cover them with warm blankets. Seek medical care in an extreme emergency.

The people most at-risk for hypothermia are the very young, who don’t have enough body fat to help their bodies retain heat; the elderly, who may be taking medications that alter their temperature regulation; and people who may be intoxicated or otherwise have an altered mental status, according Diercks.

Frostbite – when the tissue in fingers, toes or ears freezes and becomes damaged – is also a concern.

People who are homeless are also at extra risk, and should seek warm shelter in their area. Exercising is also a way to increase the body’s temperature, Diercks said.

“Really look after people. Check in on elderly people, especially if electricity goes out,” Diercks said.

Federal forecasters expected bitterly cold temperatures to persist across southeastern Wyoming on Thursday, including Cheyenne, where temperatures reached minus 7 F by midday. Nearly the entire state was under a wind chill warning.

In Colorado, Dallas native Ashlea Jackson, no stranger to cold winters, said a colleague’s snow tires were not enough to prevent them from nearly spinning out of control on the attempted drive to work.

“It’s pretty cold to me, the wind chill is what makes it intense,” said Jackson, working from the warmth of her Longmont home Thursday, where outdoor temperatures were at  minus 6 F. She only ventured outside to give her lab mix, Crowley, some relief – but even he can’t seem to stand the biting cold on his paws, she said.

“He bolts back in once he’s done,” Jackson said.

In other places across the country, officials were urging people experiencing homelessness to get to shelters, while some shelters were at capacity as people sought to get out of the cold.

In Portland, officials opened four emergency shelters. In the city’s downtown, Steven Venus tried to get on a light-rail train to get out of the cold after huddling on the sidewalk overnight in below-zero temperatures.

“My toes were freezing off,” he said, a sleeping bag wrapped around his head, as he paused near a flimsy tent where another homeless person was taking shelter.

Travel will start getting ‘dicey’

Some states were preparing for roads to get treacherous on Thursday, as leaders warned people planning holiday travel to take the conditions seriously, or consider postponing travel.

“This event could be life-threatening if you are stranded,” according to an online post by the National Weather Service in Minnesota, where officials reported dozens of crashes.

Michigan State Police prepared to deploy additional troopers to help motorists. And along a toll road on Interstate 90 in northern Indiana, crews were braced to clear as much as a foot of snow as meteorologists warned of blizzard conditions there starting Thursday evening.

“If you’re looking to get to someone’s house for the holidays and you haven’t left by now it could get dicey soon,” said Rick Fedder, the chief operating officer of ITR Concession Co., the toll road’s private operator.

In a Thursday White House briefing on blizzard conditions pummeling a swath of the U.S., President Joe Biden issued a warning that the unfolding winter storm was “serious stuff.”

“This is not like a snow day when you were a kid,” Biden said in the Oval Office after a briefing from federal officials.

“If you all have travel plans, leave now, not a joke,” Biden said.

Chaos ensued for holiday travelers dealing with flight cancellations and delays Thursday.  There were at least 2,300 canceled flights in the U.S. as of 6 p.m. EST, according to FlightAware. Some airlines preparing for the disruptions  issued travel waivers in the Midwest, Northeast and parts of the South.

Airlines have also canceled 1,576 Friday flights as of Thursday afternoon.

Amtrak, meanwhile, canceled service on more than 20 routes, primarily in the Midwest.

Flight canceled? Here’s what you need to know.

What is a bomb cyclone?

Throughout Friday into Saturday morning, forecasters expect the winter storm to quickly strengthen across the country’s center – a process and phenomenon called bombogenesis, or a bomb cyclone. That’s when the atmospheric pressure of a midlatitude cyclone swiftly drops, according to the National Oceanic and Atmospheric Administration.

A bomb cyclone happens when a storm’s barometric pressure dips by at least 24 millibars – a way of measuring pressure – in 24 hours, according to AccuWeather. The lower the pressure, the more powerful the storm.

What is wind chill?

Some areas faced wind chill temperatures well below zero Thursday – such as Chicago, with an expected wind chill of minus 40 F by Friday night – as the winter storm freezes much of the upper portion of the U.S.

Meteorologists define wind chill as how cold it feels while outdoors, and it’s based on the rate of heat loss from exposed skin caused by the wind-and-cold combination, according to the National Weather Service. Increased wind draws heat from the body, which then lowers the temperature of the skin and internal body.

“Frostbite may develop on exposed skin in as few as 10-20 mins, and hypothermia can quickly develop if you’re not dressed for the cold,” weather service experts in Chicago warned Thursday.

What is lake-effect snow?

The brutally cold conditions are forecast to trigger lake-effect snow in some places like New York’s Buffalo-Niagara metropolitan area, which is under a blizzard warning.

Lake-effect snow develops from cloud bands that form when cold, dry arctic air passes over a large, relatively mild lake. The phenomenon can last from a few minutes to several days.

‘The bottom keeps falling out’: Temps plummet across the US

The freezing air has hit some areas of the country with a vengeance, at times transforming temperatures in a matter of minutes.

The weather service in Boulder, Colorado, reported a 37-degree drop, from 42 F to 5 F, in the span of an hour in Denver Wednesday night.

The cold front is forecast to dive into the South as it moves farther east. Forecasters warned of potential flash freezing in areas where moderate rain may fall, and more than 130 million people faced dangerous wind chills late Wednesday.

WHAT IS A BOMB CYCLONE? A winter hurricane, explained

How are regions being impacted by the winter storm?

Midwest: Some areas in the Midwest and the Great Lakes region could see blizzard conditions until the end of the week, according to AccuWeather. Light to moderate snowfall and strong winds are forecast for the region with heavier snow predicted to exceed a foot over the Great Lakes through Friday. Oklahoma Gov. Kevin Stitt declared a state of emergency on Wednesday for all 77 counties.

Northeast: The storm system is expected to hit the Northeast with a number of hazardous and disruptive weather conditions in the days leading up to Christmas, according to AccuWeather. Mostly rain and strong winds are expected ahead of the storm Thursday and Friday. But some portions of the region may experience snow as the blizzard moves east from the Midwest. The rain and snow will put the region at risk of flash freezing, according to AccuWeather.

South: The storm will hit the South with wintry conditions and a deep freeze according to AccuWeather. As temperatures drop, more than 4.4 million people were under a weather service-issued hard-freeze warning in parts of Louisiana, Alabama and Mississippi on Wednesday. Wind chills with subzero temperatures may move into Texas and parts of the Deep South through the week’s end, the weather service said.

What happened this year? 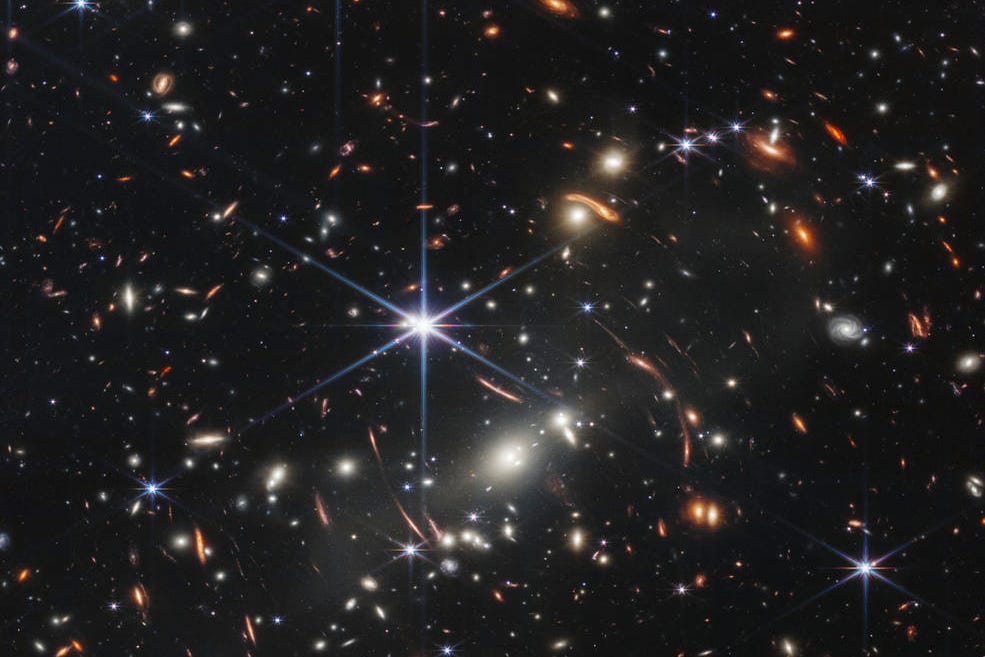